Anime studies has been a site of growing scholarly attention since the late 20th century, when Japanese animation became widely relished across the globe. In Japan, scholars such as Eiji Ōtsuka and Tamaki Saitō have looked at how anime reflects or reshapes contemporary social and cultural landscapes. In anglophone scholarship, anime studies was a subfield in Japanese studies or media studies until recent decades, when scholars such as Thomas Lamarre, Susan J. Napier and Marc Steinberg began making inspiring contributions to establish it as a challenging and stimulating new academic field.

The Anime Ecology: A Genealogy of Television, Animation, and Game Media (2018) is Thomas Lamarre’s second book on anime studies. It examines how anime intersects and interacts with television and game media in the context of Japan. Seeking to understand the massive and complex transformations in television over recent decades, Lamarre proposes using animation as a starting point to map out a rigorous and complex history of television, the notion of which spans “platforms, content, infrastructures, as well as modes of reception, transmission, production, and serialization” (3). Lamarre eschews the post-television perspective adopted by some scholars from North America and Europe who emphasise the decline or discontinuity of television as a media platform. Drawing on Raymond Williams’ television studies as well as philosophers such as Deleuze and Guattari, Lamarre offers a theoretical approach to addressing the productive aspects of television’s distribution within the framework of a media ecology. His analysis reveals possibilities for television, animation and game media to interconnect synergistically with diverse cultures and disciplines, uniting cultural studies and science and challenging them to delineate a more nuanced picture of the transformations and effects of the media mix.

A major concern of this book is how television “works through and acts with animation” (9), or more specifically, Japanese animation, which is “commonly particularized and grouped under the loose heading ‘anime’” (Lamarre 2009, ix). The book is divided into three parts. In Part 1, Lamarre uses the Pokémon incident as a springboard to interrogate the effects of television and animation on viewers. The Pokémon incident was an event that took place on December 16, 1997, when approximately 700 children across Japan experienced epileptiform seizures after watching an episode of the animated series Pokémon. Neurologists traced the cause of this incident to a 12-hertz red-blue flicker displayed during the program. However, Lamarre cautions that it might be premature to explain the incident based on neuroscientific findings alone, or to draw the conclusion that television and screen media alone cause brain damage or trigger addiction. He argues that neurological studies which attempt to reveal how the human brain is affected by television and other screen-based media fail to address the complex issue of how human activities or cultures modify and are modified by the media mix. Over the course of Part 1, Lamarre illustrates this by articulating that television, animation and game media do not simply belong to the realm of technology; they are “technosocial assembling” (7), where social and cultural values mingle and cooperate with technology. As N. Katherine Hayles reminds us, humans and technologies are “undergoing coordinated transformations” (Hayles 2012, 81); this has seen a blurring and merging of their respective boundaries, the implications of which are still coming to light and are yet to be fully understood. In line with this, Lamarre suggests that the Pokémon incident may be symptomatic of more complex interactions than any single discipline can explain.

Lamarre furthers the discussion of the “transmedial dimensions” (116) of television in Part 2, turning his gaze again to Japan. Recalling how the imperial wedding between then Crown Prince Akihito and Michiko Shōda in 1959 boosted sales of television sets, Lamarre reminds his readers how television sets and broadcasting were used as a way of unifying Japan and rebuilding its image domestically after its defeat in World War II. He argues that the intensive building of television infrastructure after the 1950s produced “Japaneseness” by “bringing people throughout Japan into the same homogeneous temporality” (127). A “one-to-many” (35) distributive mode was thus established in Japan with the centralisation and nationalisation of television broadcasting. However, Lamarre seeks to disrupt the common conception of the “one to many” mode as monolithic. He gives the example of how television programs target different audiences in different time slots, showing that television broadcasting also manifests the ‘point-to-point’ tendency which is considered a distinct feature of new media by scholars who contend that television has been subsumed by new media. Lamarre further shows that plug-in devices such as VCRs, DVDs and home video game consoles, along with animated contents and characters, have transformed television into a more segmented, individualised and privatised media platform. Television, he argues, is not being replaced by new media but is instead becoming a powerful part of new media.

In the third and final part of the book, Lamarre scrutinises the psychological relationship that viewers and players have with television as a platform in their encounters with animation and video games. The interrelation between anime and television contributes to a phenomenon of what Lamarre calls “platformativity.” According to his definition, platformativity describes the state where anime characters and television media interact with viewers, users and players. Lamarre demonstrates this phenomenon by examining four household television media systems, or ‘media ecologies’: ‘The Family Broadcast Complex’, ‘The Home Theatre Complex’, ‘The Game Play Complex’ and ‘The Portable Interface Complex’. Through these case studies, he shows that television animation’s “production of distribution” (211) has been creating an immersive individualised space where viewers and players are absorbed and transformed into characters. This increasing immersivity, he argues, has fuelled the growing phenomenon of media addiction. Lamarre insists that we should contemplate the profound effects that television animation and game media might be having on  users as they increasingly “affect conduct  in real world” (343) due to mass production resulting from capitalistic drive. He calls for a rethink of media addiction as something more complex than an individual neurophysiological response to stimulus. He urges for more interdisciplinary analysis of how and why television animation and game media have been produced in order to let consumers immerse—or even lose— themselves in this environment, with the ultimate aim of better understanding the implications for users.

Lamarre brings a tight focus to a wide range of related perspectives, from the neurological and biological sciences to the humanities and social sciences. This book’s rigorous engagement with Japanese television and animation makes it a ground-breaking contribution to Japanese studies. Scholars and students who are interested in manga, animation and other aspects of Japanese popular culture will find The Anime Ecology more than satisfactory. It will also be of great benefit to audiences in the fields of television and cinema studies, new media studies, culture studies and social studies. 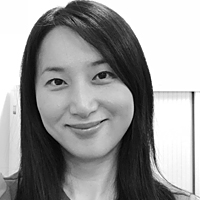 Jindan Ni is a Chinese lecturer in Global and Language Studies at RMIT University, and has worked in the areas of Japanese classical literature, comparative literature and Chinese literature. She received a PhD in Comparative Literature from La Trobe University in 2017 and has published academic papers in Translation Studies, Japanese Literature and Comparative Literature. Her forthcoming monograph The Tale of Genji and its Chinese Precursors: Beyond the Boundaries of Nation, Class and Gender studies transnational literary practices in the premodern Sinographic sphere. She is also an active translator who has translated books from Japanese and English to Chinese.