Aoife Wilkinson
The University of Queensland

Japan will need to strongly consider foreign immigrant workers as an integral part of its future if it is to offset its current trajectory towards a quickly ageing population and dwindling young workforce. However, as Gracia Liu-Farrer explains in her recent book Immigrant Japan: Mobility and Belonging in an Ethno-Nationalist Society, building an immigrant society out of an ethno-nationalist one does not come without its challenges. According to Liu-Farrer, an ethno-nationalist society is one where nationalism is inextricably linked to discourses of cultural and ethnic homogeneity. In the case of Japan, this presents itself through the pervasiveness of nihonjinron (日本人論; theories of Japanese identity) and tan’itsu minzokuron (単一民族論; the myth of Japanese ethnic homogeneity) discourses. Liu-Farrer observes over the course of the book that Japan’s ethno-nationalised identity has encouraged a discursive denial of immigration, and a subsequent lack of institutional and structural support to settle a growing number of incoming immigrants into Japanese society. As both the book and official immigration statistics demonstrate, the abovementioned discourses run counter to Japan’s reality. In 2012, the country recorded a foreign resident population of just above two million, further growing to almost 3 million in 2019 (Immigration Services Agency 2020). Between 2018 to 2019 alone, there was a record-breaking 7.4% increase in the the number of foreign residents in Japan, representing the peak of a wave of pre-COVID-19 immigration to Japan that had been climbing rapidly during the 2010s (Immigration Services Agency 2020).1 It was in this context that Liu-Farrer foresaw Japan as an emerging immigrant destination, and thus Immigrant Japan was produced.

Immigrant Japan represents the culmination of Liu-Farrer’s 20 years of fieldwork in Japan, China, Singapore and beyond as a sociologist specialising in migration studies. Over the course of those years, Liu-Farrer and her research assistants interviewed over 300 immigrants to Japan, 100 of whom feature in this book. In a welcome contribution to migration studies, Liu-Farrer’s in-depth research encompasses all stages of the immigrant experience, including the motivations and challenges behind why immigrants move to Japan, their decisions to leave or stay in Japan, and their life trajectories thereafter. In addition to a wealth of qualitative interview and focus group data, Liu-Farrer draws upon a variety of primary and secondary sources to illustrate the current situation of immigrants living in Japan. This includes government statistics, secondary research data, and notably several reflections upon her own personal experiences as a naturalised Japanese citizen, migration researcher and mother living in Japan.

The overarching argument Liu-Farrer proposes is that Japan will need to move beyond its ethno-nationalist identity in order to attract and retain foreign immigrant workers in future. Throughout the book, Liu-Farrer uses her interview data to show how discourses of tan’itsu minzokuron and nihonjinron work to deny immigrant workers, families and their children space to claim equal membership within the Japanese community, from its educational institutions and industries to its everyday social and public spaces.

The first half of the book presents a broad snapshot of the lives, motivations and careers of immigrants in Japan. In chapters one and two, Liu-Farrer explores Japan as a “land of many opportunities”, revealing the diverse economic, social, emotional or legal motivations that have prompted migrants’ decisions to immigrate to Japan (24). In doing so, she skillfully draws attention to a glaring paradox within the immigrant experience. Liu-Farrer found that the social and cultural traits which immigrants have uniquely attributed to Japan, such as the strict work culture, have both attracted and deterred them in migrating to Japan. This finding is of particular value for contemporary Japanese studies, as it challenges popular rhetoric that frames Japan as a flawless lifestyle destination.

The latter half of the book is where Liu-Farrer’s work becomes most exploratory and inspiring. From chapter six onwards, she examines immigrants’ varying interpretations of “home” and “belonging” (126). She draws upon a variety of social and geographic concepts to illustrate the various emotional, social and personal factors which constitute an immigrant’s sense of belonging or home, within or outside of Japan. Liu-Farrer uses her concept of “emotional geography” to explore the “layered and multidimensional [nature of] belonging and immigrants’ varied emotions toward both places of origin and destination” (128). For example, Li De, one of Liu-Farrer’s informants who migrated from China to work in Japan, explains:

“This is not my home…I will feel like ‘this is my home’ when I get off the plane in China… First of all, it is luoye guigen [falling leaves returning to the roots], and secondly [I am] familiar with that land, having feelings [for it]. The older I become, the more sentimental I feel. No matter how poor it becomes, it is my own home.”
(132)

This interview was conducted in Japan, where Li had been living for sixteen years at the time. Liu-Farrer presents Li’s experience as a case study of a “sojourner”, a person who views immigration solely as an economic project, wherein they will ultimately return to their “real” home, quite literally like “falling leaves return…to the roots” (131–32). By featuring this quote, Liu- Farrer highlights the complexity of migrants’ sentiments toward their countries of origin and residence, making a case for how migration researchers and sociologists should work to account for the impact of emotion on immigrant life trajectories.

Chapters seven and eight further demonstrate the critical capacity of Liu-Farrer’s work through her exploration of immigrant children’s educational mobilities and identity journeys. In particular, chapter eight’s exploration of adolescent immigrant identities draws attention to the lack of multicultural education opportunities for children in Japan, and on a broader scale, the complex processes young people face in consolidating mixed identities in a globalising world. For example, the chapter profiles Indira, who immigrated from India to Yokohama with her parents when she was seven. Indira explains that she feels a strong sense of belonging toward her hometown in Japan, but does not feel that she is Japanese. Like other interviewees, Indira perceives herself as a “global person with a global upbringing” (198). This cosmopolitan approach to identity formation, Liu-Farrer suggests, signals an emerging group among immigrant children who are disregarding national identity and choosing instead “to become citizens of the world” (199).

Immigrant Japan presents itself in a different context now compared with when it was first published in April 2020, during the early stages of the global COVID-19 pandemic. From late March 2020 onwards, heated criticism was directed towards the Japanese government’s tight travel restrictions which prohibited foreign permanent residents of various nationalities from re-entering the country (Osumi 2020). As a result, many permanent residents and foreign-owned businesses suggested that they would leave Japan and move elsewhere once the pandemic had settled (Kopp 2020; Osumi 2020). Taking these events into consideration, it may become difficult for some to agree with Liu-Farrer’s proposition that “post-pandemic Japan” will become the next global migrant destination (Liu-Farrer 2020, n.p.). Regardless, Liu-Farrer makes a convincing case when she argues that Japan’s leaders need to encourage a more open dialogue about immigration and diversity within Japanese society if they truly wish to address the effects of an ageing population.

In seeking to raise the visibility of immigrants and also to deepen understanding of their experiences, Immigrant Japan does justice to the narratives of numerous individuals who have sought out greater opportunities and dedicated immense effort to establishing a life in Japan. Significantly, however, it documents the state of immigration to Japan before the globe was pushed by the pandemic into times of restricted travel, unemployment and uncertainty. Undoubtedly, many immigrants living in and outside of Japan will now be contemplating their futures in light of the COVID-19 pandemic, and scholars with an interest in migration will be watching to see how the immigration landscape changes amid constraints on global mobility. Researchers investigating immigration to Japan in the post-COVID context would benefit from using Liu-Farrer’s work as a contemporary, pre-COVID benchmark. Immigrant Japan is a necessary addition to the bookshelf of contemporary Japan and migration studies scholars, students and everyday persons. Liu-Farrer’s work in sharing the voices of immigrants is an invaluable resource for readers who aspire to build a more nuanced understanding of contemporary Japanese society and the immigrants who have long been a part of it. 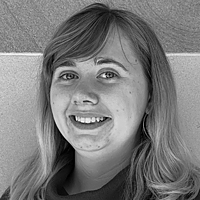 The University of Queensland

Aoife Wilkinson graduated from Macquarie University in 2018 with a degree in International Studies, and has recently graduated from The University of Queensland with a Bachelor of Arts in Japanese Studies (Honours I). She is currently a PhD candidate at The University of Queensland, where she is investigating how mixed Japanese youth living in Japan and Australia interpret and experience multiculturalism. Aoife is interested in research topics including, but not limited to, multiculturalism, mixed identity, and Japan-Australia history and relations.

From Marginality to Possibility: Doing Transgender Studies in Japanese Studies

Japan as a Source of Legal Ideas: A View from the Mekong Subregion of ASEAN

Can You Question Science in a Pandemic? Provocations on the History of Health (and Food) in Japan After COVID