Jolyon Baraka Thomas’s Faking Liberties: Religious Freedom in American-Occupied Japan is a thought-provoking case study of the uses and abuses of secularism and religious liberty during the post-war American Occupation of Japan, from 1945 to 1952.1 He interrogates the Occupation authorities’ claims that former Japanese governments had corrupted the separation of religion and the state. Thomas demonstrates that these claims did not represent the realities of the relationship between religion and state in Japan, and shows that the Occupation government used this deliberate misrepresentation as a foil to advance its self-proclaimed position as a religious liberator. Thomas, an assistant professor of Religious Studies at the University of Pennsylvania, traces how this false narrative continues to shape contemporary understandings of religious freedom internationally. The result is an original study of a watershed period in Japanese history.

Chapter one documents state and clerical support for secularism in Japan before the Occupation, contradicting the Occupation government’s later claims (25). Secularist thinking in Japan was formalised by the 1889 Meiji Constitution, which legally separated religion and the state. However, while the constitution legislated religious freedom in the abstract, it did not provide a definition of religion and so failed to specify to whom religious freedom protections should apply. This ambiguity left secular law open to manipulation by those hoping to control religious freedom, who sought to shape the as-yet unconsolidated definition of religion (26–27). For example, nationalist lawyers and intellectuals in Meiji Japan lobbied for shrine obeisance—schoolchildren’s compulsory visits to Shintō shrines to bow to the emperor’s portrait—to be legally considered a non-religious patriotic duty. As a result, shrine obeisance was removed from the purview of legislation protecting religious non-observance, thereby rendering it compulsory (37–45). Contrary to the Occupation view, this change did not occur because by the Shintō establishment dominated the public sphere, but because the ‘religion/not-religion’ distinction adopted by the Meiji government allowed secular figures to designate certain practices as private and voluntary and others as public and mandatory (37–43). In demonstrating this, Thomas ably problematises the Occupation view of the Japanese government as subordinate to Shintō and questions its underlying claim that secularism is inherently a liberating force.

Thomas further interrogates the State Shintō narrative by examining Buddhist thought on secularism in chapter two, focusing on the True Pure Land sect which is a major denomination of Buddhism in Japan. Though Buddhism was later cast by Occupation authorities and post-war American scholars as the key victim of Japan’s supposed Shintō-aligned governance, Thomas argues that Buddhist clerics and intellectuals in fact betrayed no fear of being oppressed by Shintō between the late nineteenth and early twentieth centuries. Conversely, he shows that Buddhist leaders shaped government policy to their advantage during this period by lobbying for legal recognition of their customary privileges (68–73), thereby countering the narrative that Buddhism was disempowered and marginalised by Shintō at the time.

Chapter three examines racial discrimination against Japanese Hawai‘ians in the US during interwar period. Anti-immigration lawmakers and journalists in the US succeeded in removing funding for Japanese-language schools in Hawai‘i by accusing them of inculcating “emperor-worship” (93–94). Thomas draws on this example to argue that, in America, secularism was manipulated to position cultural education as religious zealotry and a means of preserving racial ideology. With this observation, he casts doubt over the Occupation’s later claim to represent religious tolerance. In chapter four, Thomas addresses allegations put forward by historians aligned with the State Shintō discourse. These historians claimed that Buddhist leaders in early Shōwa Japan (1926–1945) had betrayed religious freedom by failing to protest against the 1939 Religious Organisations Law, which was used by the police to justify persecution of minority religions. To the contrary, Thomas evidences the opposition of Buddhist journalists to the legislation, as well as successful efforts by prominent laypeople to remove some of the law’s more draconian components, resulting in legislation which was less severe than originally proposed (122–23).

The second half of Faking Liberties explores how the Occupation government manufactured a perceived need for religious liberty. Chapter five centres on William K. Bunce, the head of the Occupation’s Religions Division. Bunce was charged with developing policy for religious governance and was under pressure to match Occupation reforms with American public expectations, set by wartime propaganda, that the US administration would dismantle a theocracy in Japan (150). To construct one, for none truly existed, Bunce used orientalist scholarship to aggrandise US depictions of Shintō as a primitive faith that had been politicised to foster ethnic nationalism. In the short   term this helped to justify nullifying pre-Occupation law and positioned American religion as superior to Japanese (164). But, as discussed in chapter six, the various departments of the Occupation government found that they did not share the same vision of religious freedom, even as they claimed to be promoting it. Education was a marked point of disagreement between administration staff, who sought only to remove religion from public life, and Evangelists, who sought to promulgate Christianity (180–210).

Also in this chapter, Thomas argues that the concept of religious freedom as a human right, though first discussed within Occupation circles, was ultimately the result of “a robust multilateral interaction in which [Japanese and American] parties learned from each other” (198). However, this interpretation seems at odds with the evidence he provides from post-war constitutional primers written by Japanese intellectuals. Thomas describes one of these publications as “strikingly similar to…Occupation press releases” (208), and states that another claimed, in what surely mirrors the ‘State Shintō’ position, that “the pre-war constitution made Shintō Japan’s national religion” (209). The fidelity of the primers to the Occupation narrative indicates to this reader that, rather than playing a collaborative role, contemporary Japanese intellectuals actively replicated American discourse. Further, the analysis leaves unclear exactly how and what Americans may have learned from Japanese thinking on religious freedom, making this argument less convincing than Thomas’ other points and suggesting that future research in this area may be useful. Chapter eight covers the broader, lasting influence of the Occupation by examining how Occupation-period theorisation on Japanese religious freedom has seeded normative presumptions in scholarship about “authentic religion”, and has seen the State Shintō example continue to be cited as a supposed model of “bad religion” (230). Thomas concludes his study by cautioning against any project that uncritically invokes concepts that emerged between 1945 and 1952 under the Occupation government, for the “emancipatory capacity of the religious freedom they imagine is always already compromised” (247).

Faking Liberties is a critical and meticulous history of the use and evolution of discourses on religious freedom during the American Occupation of Japan. Thomas provides welcome rebuttals to the universalist premises of earlier historiography of this period through a careful investigation of religious freedom in Japan from the early Meiji period to 1952. Faking Liberties is a valuable contribution to a body of literature concerned with the “politics and ethics of who gets to define” religious freedom (5), and has broad significance for contemporary understandings of modern Japanese history. 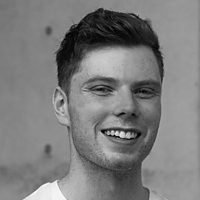 Originally from Auckland, Hamish Clark completed an Honours degree in History at The University of Melbourne in 2018. Since then, he has spent a year with the JET Programme teaching English in Oita City, Japan. From September, Hamish will begin studying advanced Japanese in Yokohama with the Inter-University Centre for Japanese, run by Stanford University.