September 17, 2021: In this post, our Series Editor Elicia O’Reilly illuminates the ecosystem of #NVJS13, with a focus on connections between contributors, Australia-based scholars and broader organisational and institutional networks. Is your name here? If so, thank you for being part of the extended #NVJS13 network! 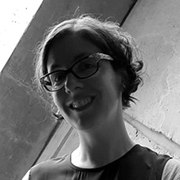 There’s a certain perspective that editors are privy to when bringing together a journal issue. As multiple iterations of multiple papers cross our desk, we begin to see synergies within the material which seem to provide a clue to the zeitgeist of that particular year for the emerging scholars whose work we publish. There’s no obvious place to include these observations in the journal volumes themselves, but sometimes there are so many and they come together so nicely that it would be a shame not to share them. The purpose of this post is to do that.

Each year we strive to improve NVJS with at least one new development. The publication of #NVJS13 delivers not one but three firsts. One is our inaugural special issue. Another is the introduction of the Discussion Paper format, in keeping with the reflective nature of the brief for the “Beyond Japanese Studies” symposium which catalysed this volume. The third is an extended regional remit, which has allowed us to reach beyond our usual realm of Australia and New Zealand to showcase the work of scholars from across the Asia-Pacific.

Crossovers and Connections with Australian Scholarship

Despite the latter change and rather interestingly, the lead paper in this volume, by recent doctoral graduate Shu Min Yuen (National University of Singapore), is deeply entwined with the work of Australian scholars. Shu Min’s paper makes a compelling argument for how Japanese studies and transgender studies can enrich each other. To do so, she draws on the work of Mark McLelland (formerly University of Wollongong), David Chapman (University of Queensland), Tessa Morris-Suzuki (Australian National University) and Katsuhiko Suganuma (University of Tasmania) on the nature and politics of gender, sexuality, citizenship and area studies.

The second paper, which came to us from Brunei, contains similar connections. It is written by Japanese law scholar Nobumichi Teramura, a recent doctoral graduate affiliated with the University of Sydney and the University of Brunei Darussalam, where he is now stationed. Nobumichi’s paper draws on work by Australian legal scholars Veronica Taylor (Australian National University), Pip Nicholson and Samantha Hinderling (University of Melbourne) and Luke Nottage (University of Sydney) among others to highlight the Mekong subregion of ASEAN as a frontier of increasing significance for scholarship on Japanese law.

From an NVJS perspective, it is exciting to see how links with Australian scholarship anchor these papers, both of which have reached us from beyond Australia’s borders. It is also exciting to see how the connections between Australia and the Asia-Pacific that this special issue project aimed to strengthen are reflected not just in the line-up of the authors themselves but also in their work.

There are also thematic crossovers between the papers. For example, Maria Cynthia Barriga, a recent doctoral graduate from Waseda University, reflects on Japanese studies from the perspective of Philippine historiography. Maria’s discussion paper focuses on how Japanese studies and Philippine history can enrich each other echoes Shu Min Yuen’s contention that Japanese studies and transgender studies each become stronger together. Further, both Maria and Shu Min anchor their closing thoughts on Japanese studies with words from the Association of Asian Studies’ ‘Rebirth of Japanese Studies’ Roundtable, which was also a point of departure for the “Beyond Japanese Studies” symposium and, by extension, this very volume.

And in yet another synergy, Maria cites Mark Pendleton (University of Sheffield)’s contribution to the roundtable. Mark is originally from Australia, and was a member of our wonderful #NVJS13 editorial board, together with Lesley Crowe-Delaney (Curtin University), Vera Mackie (University of Wollongong), Ricardo Nicolas Progano (Wakayama University), Matthew Shores (University of Sydney), Stacey Steele (University of Melbourne), Veronica Taylor, Beatrice Trefalt (Monash University) and Leon Wolff (Queensland University of Technology). Both NVJS and its authors are incredibly indebted to the expertise and generosity of our editorial board members, and we extend our deepest thanks to these individuals for their invaluable feedback on our papers this year.

Repeat authors are another happy feature of this volume. For NVJS, reviews have become a gateway for alumni to re-engage with the journal, and we’re delighted to say that this volume marks the second consecutive time for the journal to feature repeat authors. The three reviews in this volume were written by #NVJSalumni: Aoife Wilkinson, a doctoral candidate at The University of Queensland, who contributed a paper to #NVJS12 last year; recent doctoral graduate Laura Clark, also of The University of Queensland, who contributed a paper to #NVJS9; and recent doctoral graduate Gwyn McClelland of the University of New England, who contributed a review to #NVJS11.  It has been exciting to see these scholars return to the journal with heightened know-how and confidence in their writing, and it’s wonderful to think that their experience with NVJS may possibly have played a part in this, no matter how small.

Some smaller but no less present synergies are also worth calling attention to. One is the connection between Aoife Wilkinson’s review of Gracia Liu-Farrer (Waseda University)’s book Immigrant Japan, and Gracia’s kind participation in the “Beyond Japanese Studies” symposium as keynote speaker, which Guest Editor Gwyn McClelland remarks upon in his Introduction to #NVJS13. It also bears highlighting that the Studying Japan handbook that Gwyn has reviewed for this volume also includes a chapter co-written by Gracia on how to present and publish research findings, in addition to chapters by Australia-based scholars Kaori Okano (LaTrobe University) and Laura Dales (University of Western Australia). Drawn by the practicality of Gracia’s chapter, Gwyn is making it central to a pre-conference workshop he will facilitate for our 2021 New Voices Scholar Program participants Megan Catherine Rose (UNSW Sydney; #NVJS12), Haydn Trowell (Nagoya University; #NVJS12) and Maria Cynthia Barriga. These scholars will go on to present their work as part of a dedicated NVJS panel at the Japanese Studies Association of Australia (JSAA) 2021 Conference on October 1, supported by The Japan Foundation, Sydney.

And it is here we turn, last but not least, to the Guest Editor of #NVJS13. Gwyn McClelland’s tenure as Guest Editor marks the third time for NVJS to welcome #NVJSalumni to this role, following Christine de Matos (University of Notre Dame) who contributed a paper to #NV1 and guest edited #NV3, and Adam Broinowski (Australian National University), who contributed a paper to #NV1 and guest edited #NVJS8. Gwyn is also the second consecutive Guest Editor to a contribute a review to their edited volume, following Alexander Brown (University of Technology Sydney) who guest edited #NVJS12 and whose review of the book Japan in Australia, edited by David Chapman and Carol Hayes (Australian National University), linked a similarly broad ecosystem of scholars into the #NVJS12 network.

Gwyn McClelland stands out as one of the most active scholars among the #NVJSalumni, as we’ve noted in another recent post. Gwyn completed his PhD at Monash University in 2018, under the supervision of Beatrice Trefalt, who is the current president of the JSAA and who has also kindly served as an editorial board member for #NVJS13 and several earlier volumes. Gwyn came to the Guest Editor’s chair as a relatively recent doctoral graduate and new appointee to an ongoing lecturer role, but with decades of experience as a secondary teacher, great professionalism and a well-honed capacity for mentoring others. Drawing on this, Gwyn’s commitment to the field of Japanese studies and willingness to supporting emerging scholars and peers has played a crucial part in this special issue, and in the success of the “Beyond Japanese Studies” symposium it stems from. It has been an honour to welcome him back to NVJS as both Guest Editor and return contributor this year, and an absolute pleasure to work alongside him to bring this exciting extended project to completion.

On a final note, with the publication of #NVJS13, my eighth volume and final volume with NVJS, I depart the role of Series Editor. I would like to thank the many authors, supervisors, editorial board members and guest editors—far too numerous to name here—who have contributed to NVJS over the past eight volumes. Enormous credit also goes to our web and layout designer Kevin Vo, who has been an indispensable part of the NVJS family since our rebrand back in 2015, and whose reliability and attention to detail have scaffolded every volume since.

Thanks to these individuals, this journal has blossomed into a hub that supports ecosystems of linkages like the one mapped out above, each volume a snapshot of the Japanese studies landscape in Australia that continues to evolve. This volume of NVJS charts an expansion of these ecosystems, beyond NVJS’s original remit of Australia and New Zealand, and beyond Japanese studies. In this same spirit, I hope that these networks continue to thrive beyond the bounds of NVJS. 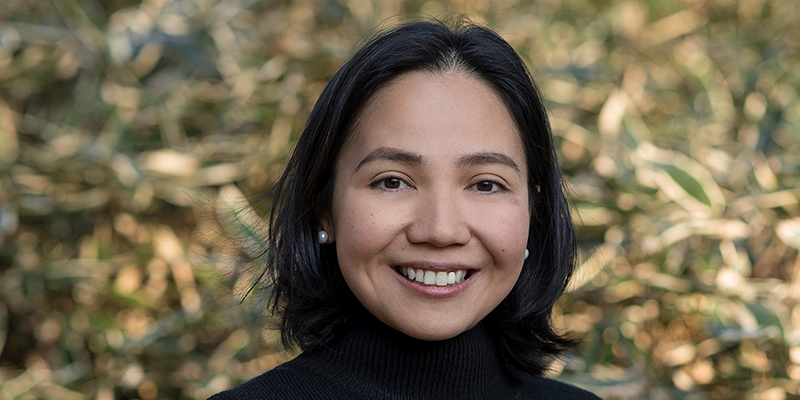 Re-Orienting Japanese Studies: An Excerpt from Our Forthcoming Special Issue

September 13, 2021: With our first-ever Special Issue scheduled for release this month, and with our 2021 New Voices Scholar…