Rebecca Hausler
The University of Queensland

Taking its name from a panel at the 2013 Asian Studies Annual Meeting in San Diego, Diva Nation: Female Icons from Japanese Cultural History does not seek to “uncover the concealed or neglected women of history” (3), nor does it seek to celebrate notable women of Japan. Rather, using case studies of women such as ‘Queen of Enka’ Hibari Misora, the goddess Izanami and the award-winning author Hitomi Kanehara, this volume concerns itself with “interpreting historically and culturally informed diva imagery and diva lore” to understand the excessive performances that make these figures larger than life (4). In light of the recent global attention to movements such as #MeToo, fuelled by women fighting against routine and status quo sexism, the publication of Diva Nation seems timely (8).

This collection, edited by Laura Miller and Rebecca Copeland, explores “the insistent presence of unruly women…who refuse to sit quietly on the sidelines of history” and whose stories “[illuminate] the smaller lives of lesser women” (3). The introduction to the volume conveys a sense of connectivity between these Japanese ‘diva’ women and their less-visible counterparts and supporters, both in Japan and across the globe. As Miller and Copeland state, “The diva writes large what most women live but cannot speak” (8).

The diversity of the women featured within Diva Nation suggests that there is no one single or circumscribable definition of a diva. Instead, it is the diva’s defiance of patriarchal and heteronormative assumptions that define her. Her excessive performances mirror and critique those of the powerful men that seek to rein her in, giving rise to questions of “what is natural, what is normal, [and] what is culturally appropriate” (4–5). To quote from Wayne Koestenbaum’s work, The Queen’s Throat: Opera, Homosexuality and the Mystery of Desire, a text that is cited repeatedly in Diva Nation’s introduction, in witnessing the diva we “are shattered by the liberating spectacle of [her] standing up for herself against propriety” (Koestenbaum 1994, 113). Here, Koestenbaum emphasises the importance of the diva’s audience not only as witnesses to her performance but also as sympathisers to her cause, destabilising the foundation of public support which holds these standards of propriety in place. Diva Nation gives attention to this “shifting social ground” (1), focusing not only on the diva herself, but on her audiences as well.

The book’s ten case studies of Japanese female icons show the diva to be a transgressive force which refuses to be enclosed by simplistic borders of geography, gender or genre. Think of radical artist and peace activist Yoko Ono, manga artist Shungiku Uchida, or the dancer and founder of kabuki theatre Izumo no Okuni: Ono’s recognition and reputation extends well beyond the borders of Japan; Okuni’s performances in exotic male attire contested sexual and gendered norms; while Uchida refuses to be constrained to any one artistic genre as a singer, actress, manga artist, novelist and critic. Diva Nation shows that such women are daring not only because of their perverse and obstinate behaviours which “expose efforts to control femininity and the female body” (7), but because they make sure that everyone is watching.

The case studies also illustrate the important role of the audience: the diva’s dramatic displays are not only a form of protest but become a source of pleasure for those who watch. Tomoko Aoyama’s chapter on the goddess Ame no Uzume, whose comical nude dancing resolves a crisis within the heavenly realm, and Christine R. Yano’s chapter which includes analyses of the cross- gendered drag performances of Hibari Misora, provide excellent examples of such audience-derived pleasure and illustrate the way that these performances unsettle conventional boundaries “in a contained but dramatic fashion” (108). As Diva Nation demonstrates, these boundaries include but are not limited to “national boundaries” (5), “boundaries of genre expectations” (17) and “boundaries of normative gender and sexuality” (137).

Each chapter challenges assumptions about culturally significant divas and their disruptive presence in patriarchal Japan. The chapters are skillfully ordered, following a natural thematic and historical progression. Chapters one through four trace historical examples of divadom in Japan, from goddesses to kabuki dancers, highlighting their ongoing impact by analysing how depictions of these figures have manifested within contemporary literary, artistic and cultural spheres. Chapters five and six explore late twentieth- century interpretations of the diva through musical and artistic performances by Hibari-chan and Ono, illustrating the ways in which they evolved both professionally and personally over the course of a lifetime in the media spotlight. Finally, chapters seven through ten showcase divas of the new millennium who challenge assumptions of sexuality, gender performance and femininity in unexpected and provocative ways. For example, Jan Bardsley’s chapter on transgender celebrity and beauty guru IKKO reveals the complexities surrounding the success of a middle-aged and non-binary transwoman in neoliberal Japan, while Masafumi Monden’s chapter analyses how figure skater Mao Asada’s “demure, good girl persona” (202) allows her to avoid criticisms often levelled at powerful women. These two chapters illustrate that there is more than one way to defy culturally structured expectations  of women in Japan. Furthermore, the popularity of these figures highlights that contemporary women are receptive to the disruptive ideas they put forth, challenging Japan’s entrenched gender norms that at times continue to shape understandings of women as ryōsai kenbo (良妻賢母; ‘good wives and wise mothers’).

Somewhat uniquely for an academic monograph, the afterword, “Diva tte nan desu ka? (What is a Diva?)”, takes the form of a manga work by ‘vagina artist’ Rokudenashiko (whose artist name translates literally as ‘good-for-nothing girl’), featuring the character Manko-chan (‘Miss Pussy’) (203). Given the importance of the spectacle in diva lore, this visual piece fits well within the volume; however, arguably it would have had greater impact if combined with a concluding chapter, as the volume finishes rather abruptly.

Despite this, Diva Nation reads as a very cohesive volume, and furthers the work explored in Laura Miller and Jan Bardsley’s 2005 collection Bad Girls of Japan (which also featured a chapter by Diva Nation editor Rebecca Copeland), and the 2009 collection Girl Reading Girl in Japan (edited by Tomoko Aoyama and Barbara Hartley, whose work also features in Diva Nation). Both of these earlier works focus on the cultural significance of Japanese girls and women, highlighting their subversive practices and potentiality. Diva Nation builds on this by narrating a long history of transgressive women who seek to disrupt hegemonic notions of gender, sexuality and societal roles in Japan. In doing so, it defines divas as ever-present beacons of resistance in a phallocentric world, and moreover, as Japanese cultural icons that aspiring divas everywhere can look towards.

This collection will be valuable not only to those interested in Japanese studies, but also for those with an interest in gender studies, queer studies and any field engaging with minority cultural or subcultural groups. 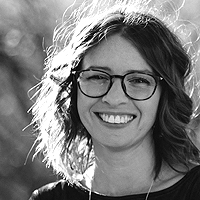 Rebecca Hausler is a doctoral candidate at the University of Queensland. Her thesis investigates fictional representations of Australian internment and prisoner of war camps which housed Japanese detainees during WWII. She graduated with a Bachelor of Arts (Hons I) in Asian Studies and English Literature. Rebecca’s broader academic interests are in Japan’s transcultural connections with Anglophone nations through popular culture, literature, and film. She has published in the interdisciplinary women’s studies journal Hecate and written articles for the academic news analysis website The Conversation. Rebecca was also a 2019 recipient of the National Library of Australia’s Asia Study Grant.