One of the more perplexing research puzzles in the field of language education has been the ongoing failure of English language education in Japan. Despite decades of public investment, compulsory secondary-education language classes, and an army of Anglophone “native” teachers employed throughout Japan’s  education systems, many graduates  of even top-tier universities lack basic English proficiency. As a corrective, the Japanese Ministry of Education, Culture, Sports, Science and Technology introduced compulsory foreign language classes to the 5th and 6th years of elementary school in 2011 and will extend them to the 3rd and 4th years in 2020. It is in the context of these controversial and widely discussed changes that Yoko Kobayashi presents a timely analysis of English language learning in Japan and the contradictions which seem to define it.

Beginning with an examination of the present state of English language education in Japan (Chapter 1), Kobayashi draws upon her extensive research on second-language learning to explore evolving attitudes towards English and Japan’s place in Asia. These themes are expanded through a review of research on inbound and outbound study abroad (Chapter 2) and case studies of Japanese learners studying English in ASEAN nations (Chapter 3). In these chapters, the ongoing dominance of the native speaker discourse, which grants prestige to Anglophone varieties of English, is contrasted with the growing popularity of ASEAN nations as destinations for Japanese learners of English. Drawing on her own research of English language schools in Singapore and private universities in Malaysia, Kobayashi argues that ASEAN nations’ growing importance as education hubs offers opportunities for Japanese learners of English that are missing at home. Central among these is exposure to alternative models of English and intercultural knowledge, which can act as counterweights to the discourses of Western superiority prevalent in Japan.

Following this, in the most significant contribution of the volume, Kobayashi revisits and updates her pioneering work on the under-researched area of gender in language learning in Japan. Highlighting the ongoing over-representation of Japanese women in non-compulsory English language education, she interrogates women’s views of English (Chapter 4) in relation to those of their male counterparts (Chapter 5). Critically, Kobayashi underscores the complexity of motivating factors among Japanese women learning English, including the discriminatory nature of Japanese business practices which result in many women using English to seek employment in foreign- owned companies, both in Japan and overseas. In contrast, she demonstrates the effect that discourses of Japanese masculinity, combined with the low value placed on English ability by Japanese businesses, have in limiting the motivation of Japanese men to study English. A subsequent discussion on the disconnect between Japan’s global economic success and its lacklustre English language education outcomes (Chapter 6) provides context for understanding the ongoing poor performance of English language education in Japan, particularly among men.

Developing these themes, Kobayashi presents an analysis of articles on English language learning taken from both men’s (Chapter 7) and women’s (Chapter 8) business magazines. Exposing the magazines’ uncritical reproductions of gendered discourses on English language learning, she argues that they reinforce the primacy of the monolingual Japanese male in the workplace. Moreover, Kobayashi notes the magazines’ preferences for non-academic sources (including self-proclaimed English experts and business leaders), highlighting how their lack of engagement with scholarship is linked to the inaccurate, essentialist view of global Englishes that they promote.

Altogether, the book addresses several key issues which continue to receive limited research attention, despite their significance. Paramount among these is the gendered nature of language learning in Japan and how societal expectations of men and women affect attitudes at all levels of education and into adulthood. Also significant are Kobayashi’s incisive observations of top-tier universities’ superficial efforts to internationalise. Perhaps the most compelling among these insights is the contradiction of universities holding up foreign-born teaching staff as evidence of internationalisation while simultaneously limiting their ability to effect any meaningful change on wider institutional practices.

Kobayashi goes on to problematise the notion of internationalisation in Japanese higher education, contending that it is unduly shaped by a “deeply ingrained societal association…with English and the West” (p. 16). This conceptualisation, she argues, overlooks the growing economic and cultural relevance of the Asian region to global society and marginalises populations of non-Western international students increasingly arriving from places such as China, Vietnam and South Korea. The issue is made further apparent  in Kobayashi’s questioning of the widely accepted assumption that Japan’s economic future is dependent upon the success of its English education practices. She astutely points out that Japan’s past economic success occurred in spite of the considered failure to cultivate widespread English-language proficiency. Taken together, these points highlight the importance of adopting more critical perspectives towards foreign language education in Japan and the ideological structures which underpin it.

While the book raises a number of important points, it is not without limitations. First, the book largely serves as a compendium of Kobayashi’s previous research. While this is understandable given her investigations into areas that are often neglected, broader contextualisation of the results in related literature would have provided a more rounded and complete examination of the topic. Notably absent was Takahashi’s (2012) influential work on Japanese women in Australia, particularly given the complementary themes of gender, study abroad and the influence of media discourse on attitudes towards English. Also, reference to efforts by both the Japanese government and private sector to develop an internationalised elite through undertakings such as the Tobitate, Kakehashi and Tomodachi programs would have provided important context to the criticisms made of universities’ resistance to reform. Finally, while the focus is understandably on English language education, discussion of a more diverse, multilingual Japan—driven by the possibility  of many of the processes Kobayashi identifies—would have been a pertinent addition to the concluding remarks.

In summary, Kobayashi has made an important contribution to our understanding of English language education in Japan. In particular, she has illuminated the impact of gendered discourse on motivation, engagement and the perceived relevance of English among Japanese learners. Furthermore, this volume points towards key changes and opportunities for language education in Japan offered by the growing importance and aspirations of ASEAN nations and the wider Asia region in general. Ultimately, Kobayashi has drawn attention to the underlying ideological factors which continue to hold back language learners in Japan, making this volume vital reading as the nation approaches a future where it must renegotiate its place in Asia and the world. 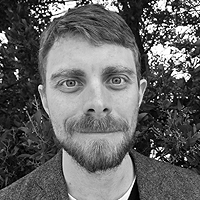 Levi Durbidge is a PhD candidate at Monash University. He has been involved in international language education for over 15 years in both Japan and Australia. His research looks at how increasing technologisation and international flows of people and information are shaping how and why people learn languages. His current project explores the multilingual study abroad experiences of Japanese adolescents and how this affects their language development and sense of self over the longer term.